The great country charm that saw all people very involved in the local community may have diminished a little, but for ladies like Helen Archibald that fantastic rural collegiality will never be forgotten. 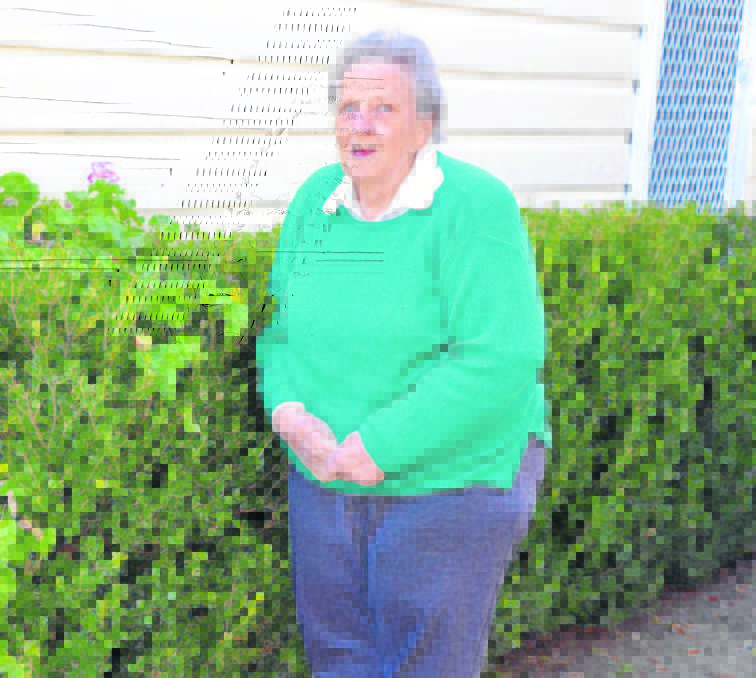 Helen Archibald shares a bit of history on what life has been like living in the Upper Hunter throughout the decades and why she has enjoyed being a part of, and giving to, such a great country community.

Many have great admiration for the mother, grandmother and great grandmother whose family is steeped in the history of the Upper Hunter, particularly the Isis River region.

Mrs Archibald was the youngest of five children born into the Payne family who grew up on the well-known beef cattle property – Waverley Station.

Born in Scone, Mrs Archibald and her two sisters and two brothers were raised on the property, located on the Isis River east of Scone, where they were educated by a governess by way of Blackfriars Correspondence until the age of intermediate school.

Mrs Archibald recollects many fun and happy memories of her childhood spent with her brothers and sisters, workers on the place and neighbours with outings such as rodeos and campdrafts where Mrs Archibald looked forward to competing in the girl rider.

As many youngsters were, the time came when a nine-year-old Helen packed her bags for the big new adventure of boarding school to complete her intermediate education, which she completed at the New England Girls School at Armidale.

Right from the early years of developing her persona, Mrs Archibald has always striven to be her best with a belief that ‘whatever you do, do it with your heart and soul’.

With a passion to pursue a career in physical health and education, the young country woman set her sights on the big smoke.

Once graduating from boarding school, she ventured off to Sydney to study at the Australian College of Physical Education where she spent the following two years studying a degree in sports education and sports science.

Little did the young woman know, she was destined for a major life path change and when her parents grew elderly, she moved back to Waverley to care for them.

As fate would have it, she met her neighbour Ken Archibald, who grew up in Brisbane and came down with his father and settled on the Hunter, eventually purchasing Glenugie, just down the road from Waverley.

Mrs Archibald said it didn’t take long and the young couple fell in love and, as they say, the rest is history.

This marked the continuation of Mrs Archibald’s life long alliance with the Isis River and the Upper Hunter region in general.

In 1951, when Mrs Archibald was just 20-years-old the couple married and she moved down the road across numerous river crossings and through gates to start their life together.

Neither knew what was around the corner, as some 18 months later they endured one of the biggest challenges life would throw them when Mr Archibald was severely injured in a horse accident playing polo.

He was left unconscious for two weeks and upon waking couldn’t walk or talk.

Fortunately for the family they had the enduring support of Dr Walter Pye and Dr Tony Cuthbert who would travel out to the property every week to visit Mr Archibald long into the future.

With the support of his family, friends and local doctors, Mr Archibald recovered and was able to live a fairly normal life and take part in the community, even getting back in the saddle.

Throughout the years Mrs Archibald has experienced sheep, cattle and horses as Waverley Station ran sheep and cattle when she was a child, and Glenugie was the same, later diversifying to just cattle and these days James (her son) breeds and runs cattle and polo ponies, as his three sons are very talented polo players.

It would seem, Mrs Archibald’s volunteering ways were instilled in her from a very young age as both her parents were heavily involved in shaping society.

During the war years her mother ran a tea shop that raised money for the Red Cross with all the money used to support the soldiers and a young Helen was taken their as a child to help out.

Later in life, Mrs Archibald and other Gundy ladies worked in the saleyards canteen in Scone once a month as another way to raise funds for Red Cross.

Her father was responsible for starting the Isis River School and was the president of the shire council, the PP Board and the rodeo to name a few.

Mrs Archibald said she was brought up in an environment where you gave to the community.

“Growing up on the Isis everyone was very community minded and we all worked together for the betterment of our families, neighbours and the wider community,” she said.

As adults, both Helen and Ken were very involved in everything they could be.

As their children attended the Isis River School the Archibald’s worked with all the other parents together for the benefit of the school and their children.

“We were a very close knit community that did all we could for the benefit of the people,” she said.

While Ken was president of Gundy Bushman’s Carnival for about 12 years, Helen was busy running the canteen for the annual event held in the midst of summer on New Year’s Day.

Mrs Archibald has been a member of the St Matthew’s Guild at Gundy since 1960 and has been quite involved in the operation and maintenance of the church throughout the years.

About 15 years ago, Mr and Mrs Archibald moved to Scone to continue their wonderful life together, in their own home, together.

Many moons ago, about 25 years ago, Mrs Archibald joined the Scone United Hospital Auxiliary where she would volunteer on the hospital trolley.

Mr Archibald was on the hospital board at the time and later Mrs Archibald was honoured by being named a patron of the auxiliary.

Although not an artist herself, Mrs   Archibald involved herself in the Scone Arts and Crafts Centre and carried out a short stint as president.

She continues to be a regular visitor of the centre as she plays bridge each week.

Throughout the past 30 years Mrs Archibald has been a big player in the bridge organisation, holding the position of president on two separate occasions.

Mrs Archibald said she has thoroughly enjoyed all of her commitments, as it was all great fun and they raised lots of money for charity affairs.

“I’ve always been publicly minded, which I feel is very important.

“I think Scone is a lovely place and although it has lost some of its charm and changed, not necessarily for the best, it is still a good country town,” Mrs Archibald said.

The gracious lady said she is very proud of her children and grandchildren as they have all turned out to be very good citizens and made great success in what they have done.